In the coming months, we’ll be sharing profiles of each member of the Port’s Board of Commissioners. Commissioners are locally-elected and serve to help govern and guide Port operations.

John Mishasek is currently the President of the Port’s Board of Commissioners. He and his wife Meg came to Whidbey Island in 2014 after retiring from his pedorthic healthcare practice in Colorado.

“We thought moving to an island in the Pacific N 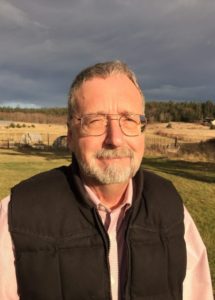 orthwest would be an adventure after forty years in the Rockies,” he said. “Coupeville’s location in the rain shadow sealed the deal.” After learning of the Port’s existence and its purpose in the community, he decided in November 2015  to run for the Port Commission Office in District 2. While he believes the Port has made significant progress over the last few years, he sees several major challenges ahead. These include financing rehabilitation of the historic wharf, and finding ways to help improve infrastructure in the community, a Port responsibility that must be addressed in the future.

One Response to " Meet Our Commissioners "